With classic Italian ingredients and a rich history, this unique recipe is one you’re going to want to come back to time and time again. Try out Chef Rosario Del Nero’s take on this award winning, classic Italian meal with the recipe below. 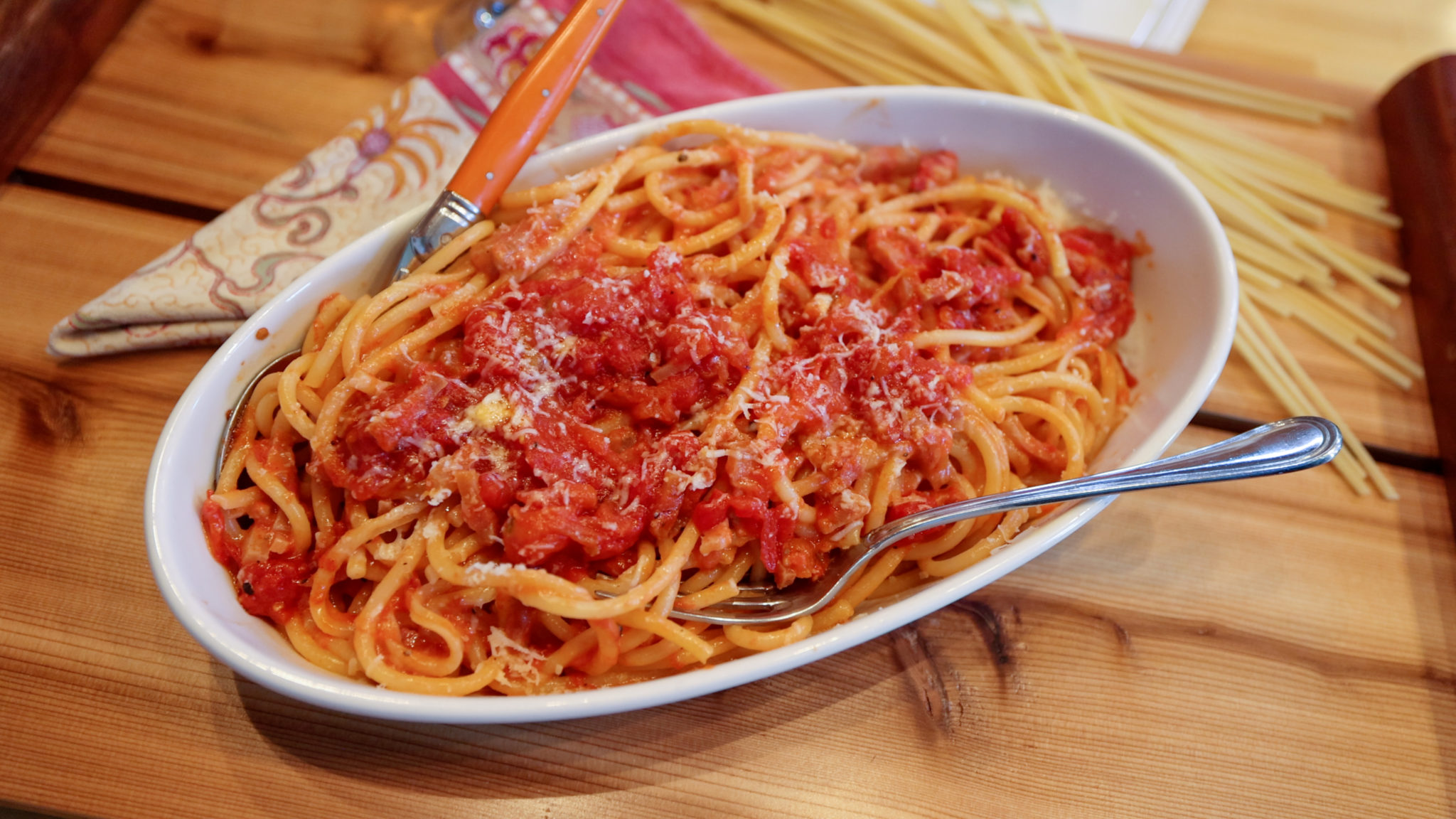 The town of Amatrice is located in the Lazio region, but it is not far from neighboring Marche, home to the deliciously intriguing white Pecorino di Offida from Tenuta De Angelis DOCG. Straw yellow in color, Pecorino di Offida is dry with elegant floral notes of acacia and jasmine and heightened by slight hints of spice and minerality.

Despite their names, there is no direct link between the Pecorino grape and Pecorino cheese; while both derive from the Italian word pecora, meaning sheep, the wine grape is so-named because it grows in the mountains where the local sheep graze: Nothing cheesy about it!

Information about this recipe:

In August of 2016 a terrible earthquake devastated the mountainous area east of Rome, hitting the town of AMATRICE especially hard. This town is famous worldwide for lending its name to the popular pasta sauce, Amatriciana.

Preparations for Amatriciana vary: spaghetti are used in Amatrice, while bucatini are favored in Rome. Modern Roman trattorie often add garlic and onions, but the traditional recipe features neither in its flavorful tomato sauce.

After the earthquake, the town of Amatrice submitted its time-honored recipe for approval by the European Union, and in 2019 it received the STG (traditional guaranteed specialty) denomination.

The award-winning recipe features local guanciale (cured pork jowl), local Pecorino cheese…and neither garlic nor onion. The traditional ingredients in the sauce are those used by shepherds who spend the summer months grazing sheep in the mountains.

There is an even older version, also officially recognized, called Pasta alla Gricia, which is an Amatriciana without tomatoes.  Remember that tomatoes came to Europe in the 16th century, so they don’t feature in earlier recipes.